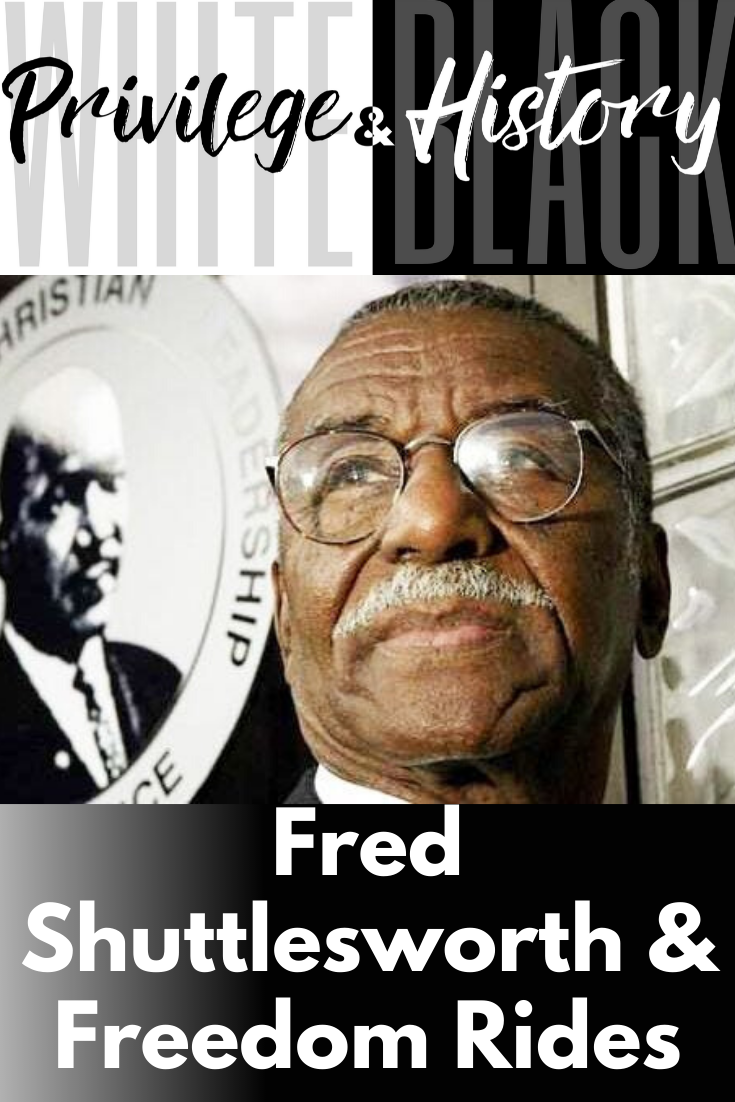 When I began planning our families trip to Alabama, I had no idea what we’d see or do when we got there. I could not think of one thing Alabama was famous for. Talk about White Privilege!  I quickly discovered Birmingham was home to a Civil Rights Museum – which did ring a bell. Of course, Birmingham was a significant city in the civil rights movement!

There was never another option – that was 100% what we were going to do. I’ve been on a journey to be more inclusive for my daughter – and my family as a whole – and what better of an experience than to immerse ourselves into the history of the Birmingham Civil Rights Institute?!

We parked around the back of the BCRI, and walking towards the front of the building, the first thing I noticed about the BCRI was a statue of a man – and if you’ve seen my IG account, you know I am all about a photo opp. As I approached the statue, I prepared for a pic of the kids with a statue of Dr. Martin Luther King Jr. — but as I got closer, I thought “it doesn’t really look like him I don’t think” — because it wasn’t.  It was Rev. Fred Shuttlesworth.

We did not take a picture with the statue – because I didn’t know who that guy was – and what would the significance in that be?

On a side note – there has been some controversy about removing statues of Confederate leaders being equated to erasing history – this is a perfect example of how a statue does nothing to actually teach history. Because from that statue and plaque alone, I still felt like there was no reason to take a pic – I didn’t KNOW the history. The story. The relevance. Statues don’t teach. They honor. And Confederate statues don’t deserve that honor… but, I digress…

I figured, maybe we’d learn about the Rev. Fred Shuttlesworth during our visit – and that is exactly what we did!

Shuttlesworth was born and raised in Alabama. His mom and step-dad were farmers, and very poor. He studied at Selma University and Alabama State College before becoming a pastor in Birmingham, and becoming increasingly involved with the civil rights movement.

I’ve learned that one reason he’s not as well known as other civil rights leaders is that he was focused primarily on his church and leading local civil rights efforts in Alabama – and then later also in Cincinnati where he moved in the 60s. But this does not minimize the impact he had on the civil rights movement or the legacy he’s left behind since his death in 2011.

In this episode I’ll share some highlights from the Rev. Fred Shuttlesworth’s life, but as always, I encourage you to go back to the website and continue learning about other aspects of his life.

When we think of the civil rights movement, like when I approached the statue outside of the Birmingham Civil Rights Institute my mind instantly went to Martin Luther King Jr. – and Shuttlesworth become known as King’s “right hand man” throughout many historic demonstrations in Alabama. Some historians even note that Shuttlesworth was the reason that King went to Birmingham in the first place.

Rev. Shuttlesworth was the man on the ground, leading the church and local community. He called out to MLK for help and influenced King to make his way to Alabama – then they collaborated and worked on many projects together including the establishment of the Southern Christian Leadership Conference in 1957. King and Shuttlesworth also worked together to organize the march for voting rights from Selma to Montgomery in 1965.

Shuttlesworth also joined forces with the Congress On Racial Equality (CORE) in 1961 to defy Jim Crow laws and organize the Freedom Rides against segregated interstate buses in the south. Basically, the Supreme Court had ruled that it was unconstitutional to segregate interstate busses, but the practice was still being enforced in the south. So, volunteers of mixed races boarded busses and rode between Mississippi and Alabama to protest.

On Mother’s day 1961, 2 interstate busses with Freedom rides departed from Atlanta. Georgia to Birmingham, Alabama. One was a Greyhound bus and the other a Trailways bus. The freedom riders on each bus were small numbers of people – each bus also had some regular passengers, however Klansman were noticed warning white people who had intended to board those buses, not to do so – and they were less full than they would have typically been.

The busses went from Atlanta, GA to Anniston, AL before continuing on to Birmingham. And each bus had a unique experience – both violent and disgusting – and both condoned by the local police departments.

The Greyhound bus was met with a mob of white people (Klansmen without robes, some even had their kids with them). The riders stayed on the bus, but the mob destroyed the bus, breaking windows, slashing tires, and ultimately setting fire to the interior of the bus and barricading the bus to burn the passengers alive. Some managed to escape through broken windows, and when the barricade was removed and the passengers exited the bus, they were met with additional violence. Ambulances resisted transporting the Black victims to hospitals, and the injustices continued throughout the day. Back in Alabama, Shuttlesworth was able to coordinate a group of cars to go to Anniston and rescue the injured freedom riders.

The Trailways bus had a different, but certainly not better, experience. Passengers were assaulted on the bus by White Klansmen – to the point of losing consciousness. They made it through Anniston while the Greyhound bus incident was happening at a nearby depot… but when they got to Birmingham a mob awaited them there. Passengers departed the bus, and then were met by violent mobs. There was an undercover FBI informant on the Trailways bus, and there is photographic proof of his role in the violent beating of Black Freedom Riders – and a plain clothes detective who coordinated the police response to allow for a period of unrestricted violence.

In both cases, no effort was made to make any arrests, and in fact, the police department were aligned with the Klan’s goals to maintain Jim Crow laws regardless of the US Constitution or national legislation.

Shuttlesworth was not on the busses that day – but he played an essential role in coordination, communication, and ensuring that the Freedom Riders had a safe place to go once in Birmingham.

Don’t let this story leave you thinking that Rev. Fred Shuttlesworth was not on the front lines. He was frequently the victim of racially motivated violence.

On Christmas Day in 1956 his home was bombed – luckily he and his family were uninjured. In the fall of 1957 he attempted to enroll 2 of his daughters at an all-white high school in Birmingham and a White mom viciously beat him with bicycle chains, whips, and baseball bats. During a protest against segregation in Birmingham in 1963 he was injured again when a fire hose was turned on demonstrators by order of the Birmingham Commissioner of Public Safety, slamming him against a brick wall. These are just some examples of the physical attacks he experienced, and the violence against his family. But Shuttlesworth was always willing to put his life on the line to fight for what was right.

While Shuttlesworth did not travel the US, and he was not trying to be a national leader, much of what he did and accomplished had national ramifications.

Martin Luther King Jr. once called Shuttlesworth “the most courageous civil rights fighter in the South.”

Rev Fred Shuttlesworth was also instrumental in creating the Birmingham Civil Rights Institute – where we visited in late 2019. We saw what was left of that Greyhound bus. And on our way out, we took a photo with the statue of Rev. Fred Shuttlesworth. An American hero that we should have learned about in school.

How this is relevant today:

Think about your parents and grandparents – how old were they in 1961?

My mom was a toddler, and my Aunt and Uncle were teens.

The Supreme court had ruled in 1960 – a year before the freedom rides – in Boynton v. Virginia,  that segregation of interstate transportation facilities, including bus terminals, was unconstitutional. But this violence still happened.

That shows us that laws do not matter. The Constitution does not matter. If local governments and law enforcement will not enforce it.

As I said, this was not long ago. Black teens in 1961 are in their 70s today – this undoubtedly impacts their perception of the police and law enforcement. How could it not? The police literally allowed this to happen. Of course they’ve educated their children – because they fear for their lives. Fear of White mobs, but also fear of the police, who historically – in their lifetimes – have sided with the White mobs over Constitutional Law.

The police have sided with White Supremacy OVER Constitutional Law.

Let that sink in.

Join The Community & Continue The Conversation:

« Content 10x: Repurposing Your Content with Amy Woods
Pros and Cons of Monetizing: Affiliate Marketing vs. Selling Your Own Products » 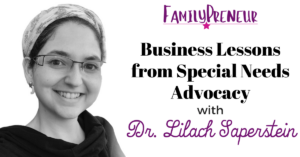 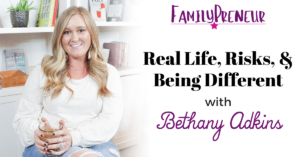 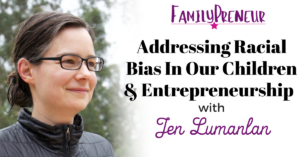