This year I was lucky enough to be invited to attend F8 2018! The experience was invaluable. F8 is Facebook's annual developer conference and it kicks off with a keynote presented by CEO Mark Zuckerberg, followed by keynote presentations from a variety of department heads, break-out sessions to dive deeper into the new features and announcements, and opportunities to interact with a variety of staff and tools on-site. The event was held at the San Juan Conference Center, May 1-2nd, and it was a whirlwind of excitement and networking with industry leading developers. 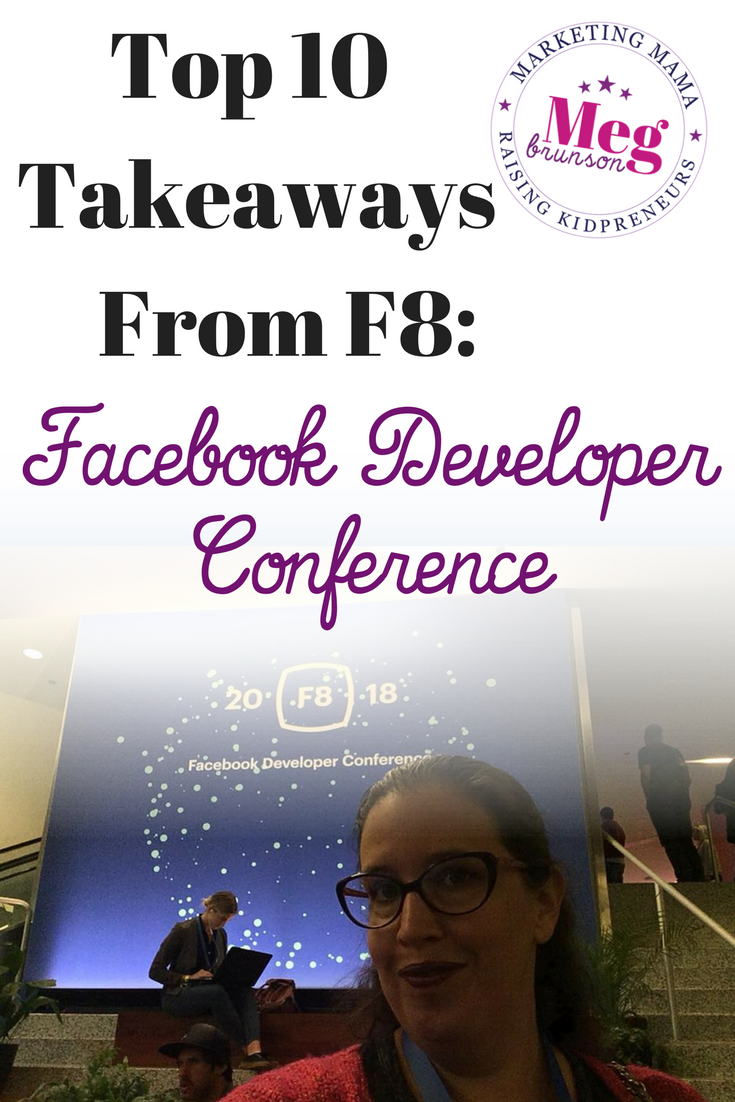 On May 2nd, I was invited to attend a breakfast for Women of F8 and was honored to dine with women from Israel, Jordan, India, Japan, and England. It was an experience like no other, and if you are interested in watching the Keynote replay, they were broadcast Live on Facebook, but I've decided to provide you with my notes here! 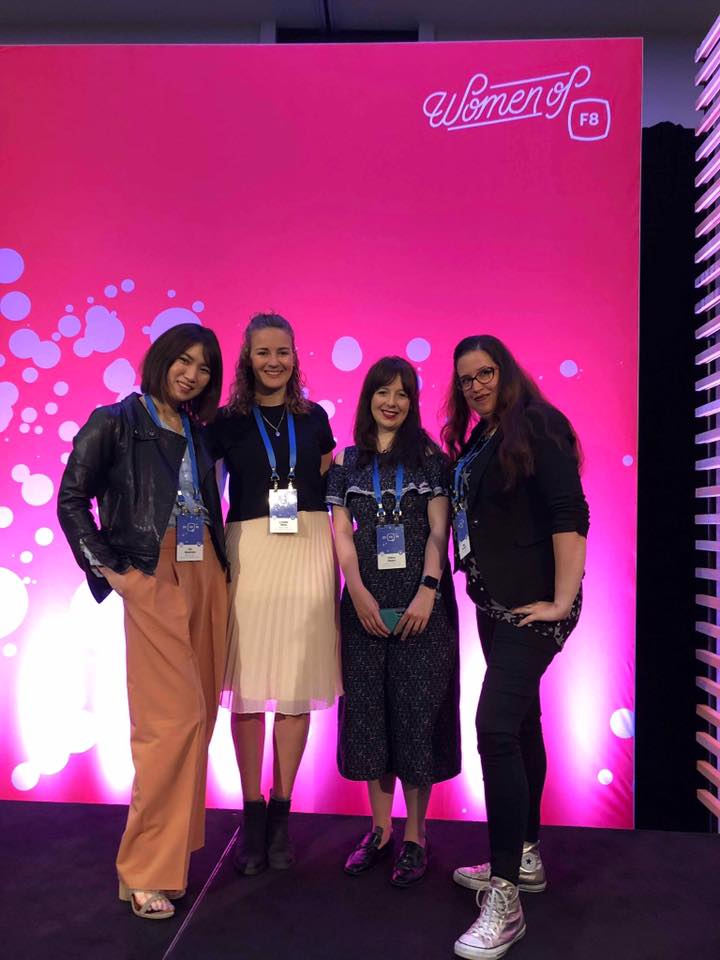 The recent Chatbot freeze was lifted! That means that you can begin to set up a new Messenger Bot if you’d like for your Business – and I would recommend it! Bots were a huge focus at F8 2018!

The bot builder I prefer is ManyChat – but I have heard great things about ChatFuel as well.

Facebook is also adding an element of Natural Language Processing to it’s bots, which will allow the bot to suggest words that the user is likely to say, allowing response time to be quicker and more efficient.

Facebook announced a new “Join Group” button in the form of a plugin that users will be able to use to encourage users to join their groups. You may have noticed that within groups Facebook has released some badges – admins and moderators are identified with a small badge next to their names, and new members also get a badge temporarily. Facebook announced the release of a “Top Fan” badge, which will be a great way to encourage engagement among your most competitive fans! There was some mention of “Group Rules” which leads me to believe this may be a feature that we will see soon – a specific space and/or structure for identifying what the rules are in a group. Within Groups, they are also rolling out the ability to host Watch Parties and contribute to Stories. 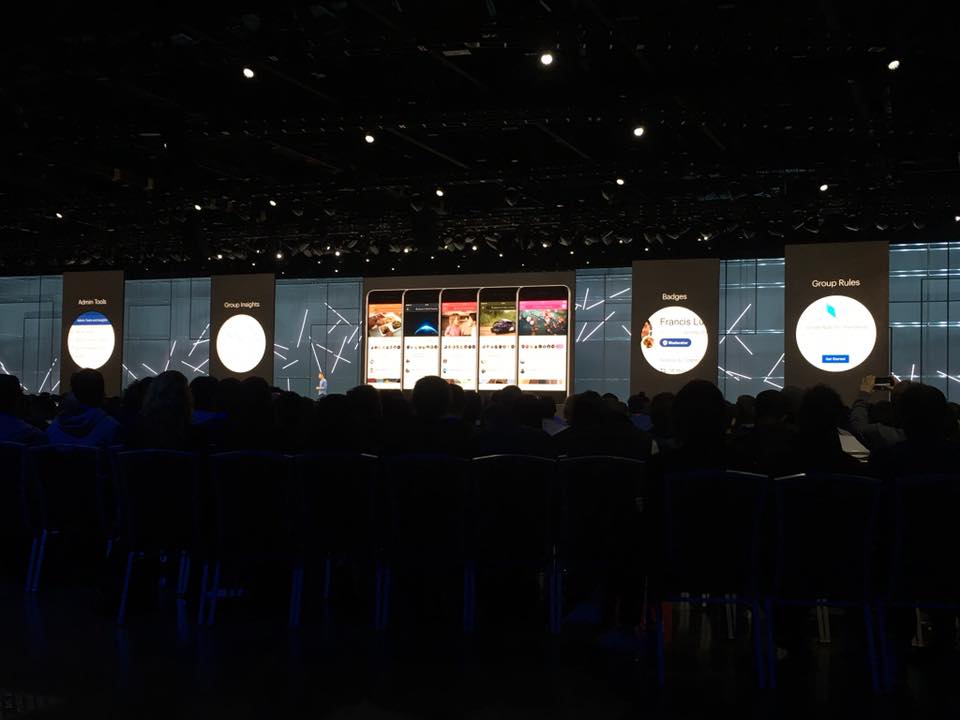 Watch Parties allow the admin of the Group to select a video, or collection of videos, for the group to watch together and comment on simultaneously. The Admin will be able to identify herself as the commentator and have their face embedded live in the corner of the screen to provide live comments via video while the group members contribute in the chat window. 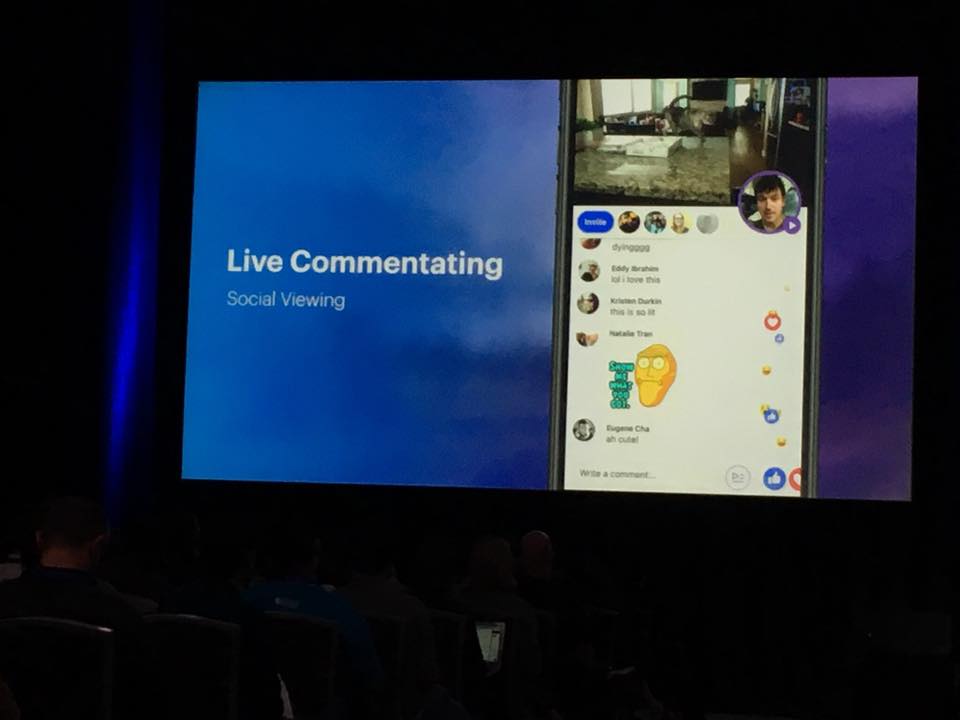 There are 4 ways that Stories are expected to evolve in 2018. One way (as mentioned above) is within Groups.

Group Stories will allow group members to contribute content to Group-specific stories. This will allow people who have joined a group centered around a common cause to share content related to that cause in a way that is enjoyable for all of the members.

Event Stories will operate similarly in that they will be connected to specific events on Facebook, allowing attendees at an event to upload content in one central location for other attendees to enjoy.

They mentioned the possibility of Profile Picture Stories – which I haven't totally wrapped my head around to be honest… and my favorite Stories idea that Facebook is testing are Birthday Stories. Birthday Stories will allow your friends and family to contribute to a Story on your birthday, so instead of receiving hundreds of notifications, you can watch a Story full of well wishes from your loved ones! 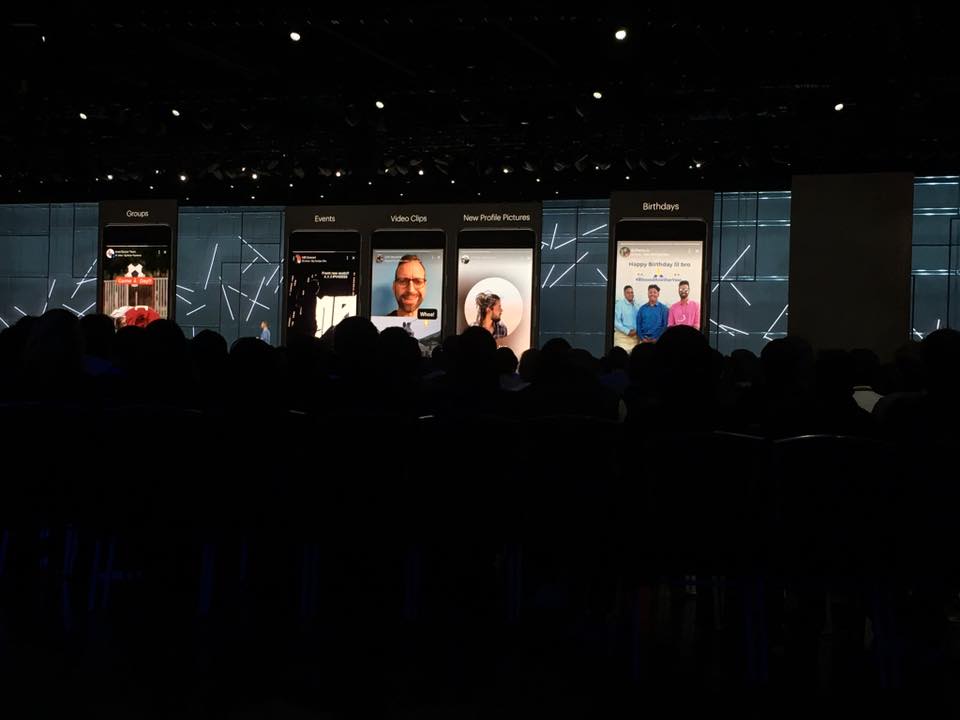 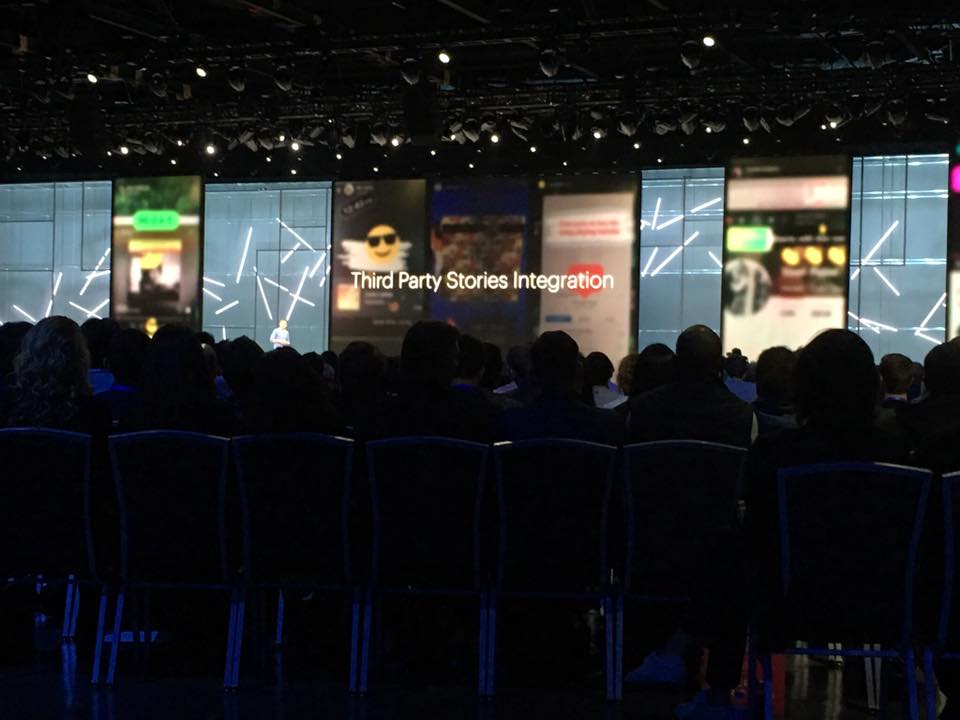 Facebook removes 1 million fake Facebook accounts per day. They are committed to ensuring that Facebook accounts represent real people. For this reason, I highly recommend that you ensure you only have ONE personal login on Facebook and that the name is your actual name – those are required by the Facebook Terms of Service, and if you are not abiding by them, you may be one of the 1 million accounts removed tomorrow. 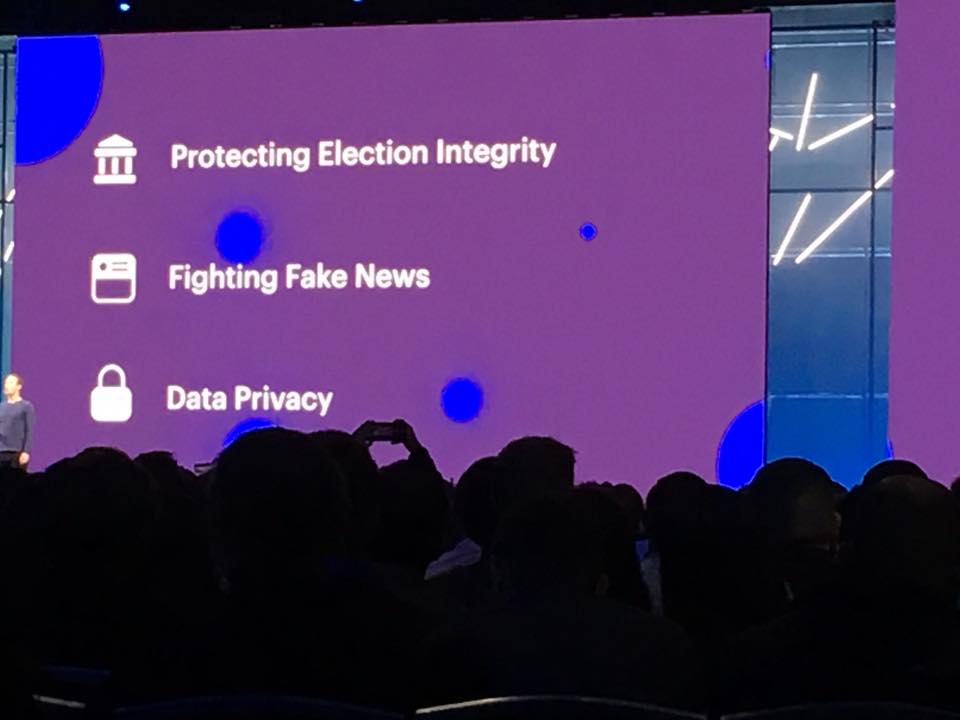 In response to “fake news,” Facebook has rolled out fact-checking tools. Facebook is working with third-parties to cross-check news that appears on the platform and inform the audience if a news story is suspicious. You may see a pop-up if you attempt to share a story that Facebook has determined may not be authentic, or if the story was determined to be false after you shared it, you may receive a notification alerting you to the fact that you shared something suspicious. If you consistently post “fake news” your account may be banned.

There are some legitimate concerns with increasing comments that bully other users online. Facebook addressed a couple ideas they have to increase moderation of comments on posts:
Facebook is currently testing a moderation tool that will allow users to “up-vote” or “down-vote” comments. This will allow users to self-moderate by down-voting content that is inappropriate or bullying and up-vote appropriate comments.

There is some internal chatter about changing the way that comments default on public posts to display comments from your friends first. The thought behind this is that people would feel more accountable to the things that they say/type if they know their friends are likely to see it. Facebook hopes that this might discourage some of the bullying behaviors becoming increasingly common online. 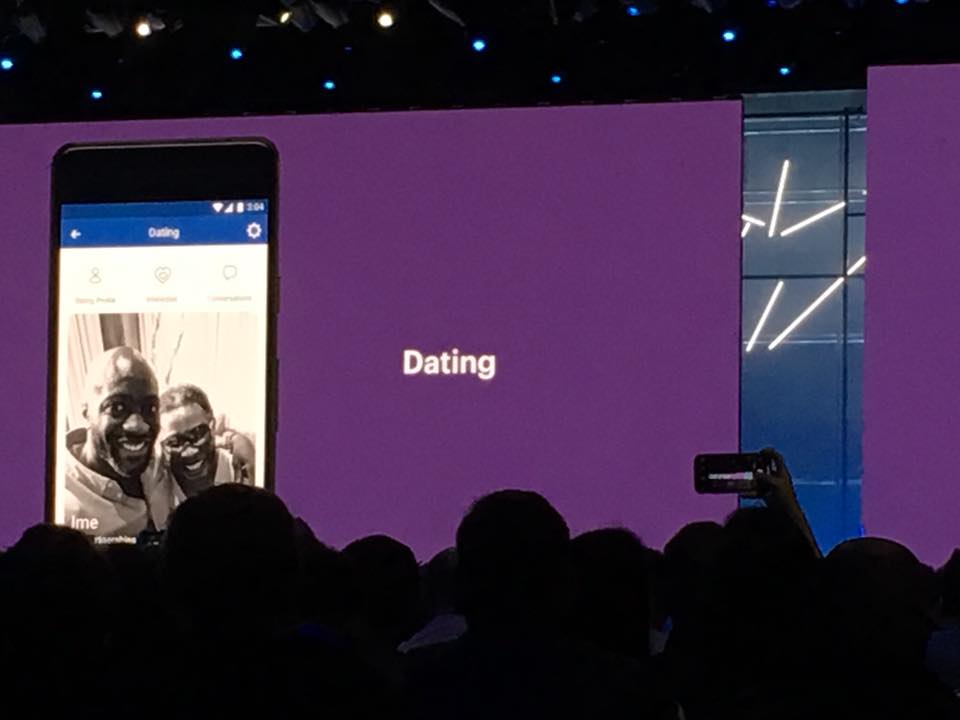 The dating app will pull in event listings, so you can browse nearby events and see what other single users will be in attendance. It’s a unique combination of online and offline dating! This is one management service that our agency will not be offering!

Facebook is rolling out video chat capabilities – including the ability to bring on multiple users to Instagram and WhatsApp. On Instagram, you will be able to minimize the chat window into a corner of the screen so that you can still browse Instagram and share posts with your friends within the video chat. 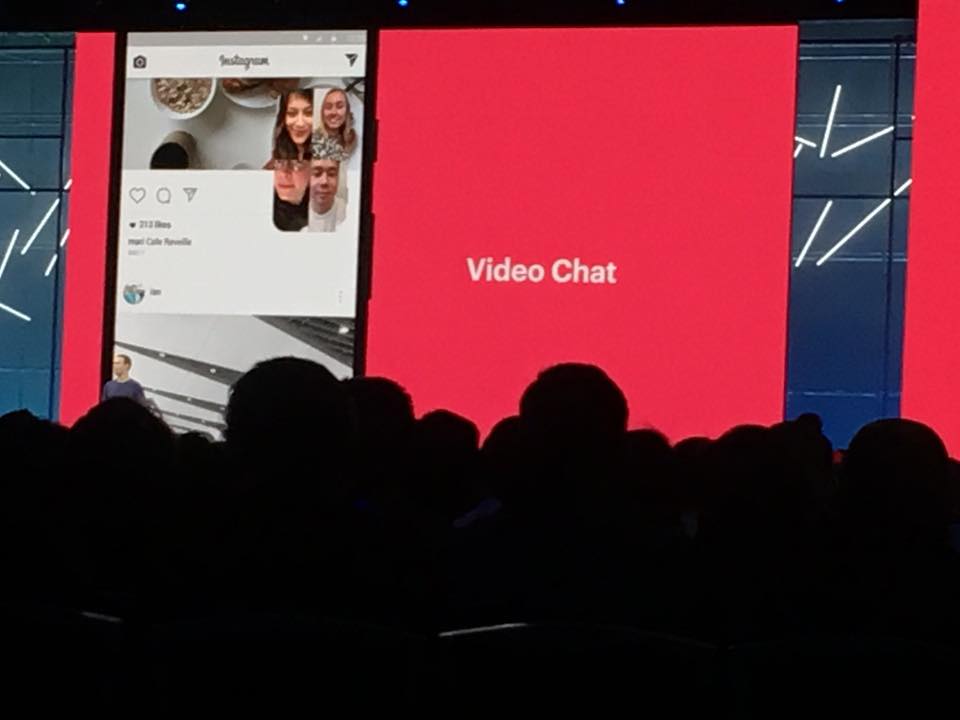 In light of the Facebook Analytica scandal, Facebook has decided to implement a “clear history” function that will work similarly to how clearing cookies works on your computer. By clearing Facebook history, the user will effectively remove any browsing history which will allow them to reset things like the interests they are targeted for by Ads, login authorizations, and more.

This is a feature people asked for in light of the recent scandal, but it has it’s disadvantages as well. If you’ve ever cleared your cache and cookies on your computer, you know that it can make the online experience less enjoyable because it resets all passwords and integrations. The same will be true on Facebook. Anytime history is reset, there will be a period of time when the user will have to help the platform relearn

The clear history function is in development and will begin to roll out in the coming months.

Instagram is going to make improvements to the Explore screen to allow users to find more posts and accounts that align with their interests.

Facebook has become so much more than a social media platform. They are very technology focused and had a lot of time and sessions dedicated to Augmented Reality (AR) and Virtual Reality (VR). The biggest announcement was the release of the Oculus Go – a cord-free portable personal VR device that has over 1000 different games and experiences. The Oculus Go is priced starting at just $199 and provides a lot of cool experiences. 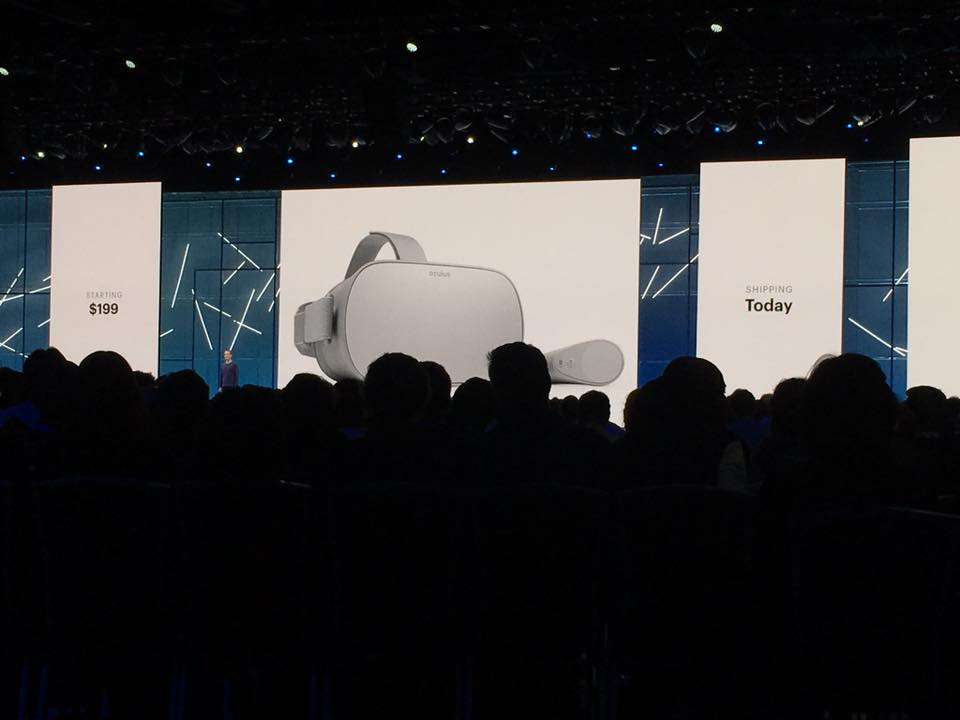 One such experience is the ability to enter a room with another Oculus Go user and watch a movie together. It may seem silly at first, but when you are apart from your family, a virtual occurrence like this could be an amazing experience. Facebook is dedicated to connecting the world, and virtual reality is a really unique way to interact with people and in places where you can not physically be present.

Facebook Analytics is a platform that you can not ignore. It’s not enough to be referencing Google Analytics without cross-checking with Facebook Analytics. It’s important to note that these two platforms WILL differ in their stats. Neither is “right” or “wrong” – they are both unique and different and should be analyzed together to get the most accurate picture of your data. 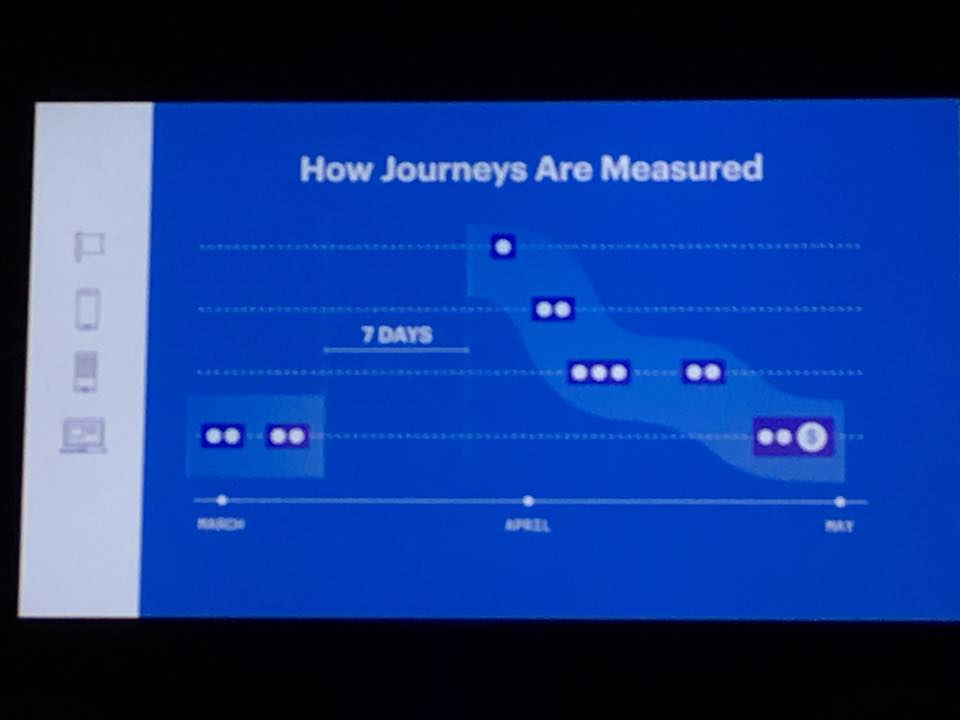 Most excitably, Facebook is rolling out a measurement called “Journeys.” Because Facebook can track across apps, and devices, it’s able to connect sessions that occur across apps and devices to give a more accurate picture of what the customer journey looks like. Facebook identifies their Analytical abilities as having an “omnichannel” approach – where you can see stats from apps, websites, and Facebook. You can break down the data to get a “total” fan count and see how many people touch your brand on each platform, and you can monitor your “Channel Inclusion” to see the overlap that exists between all platforms. If you have access to Journeys, you will find it under the Activity tab at Analytics.Facebook.com.

There was an abundance of information and experiences over these 2 value-packed days at F8 2018… but these 10 takeaways stood out as the “big ones” for me! What questions do you have? Join the Social Success Society and ask them there! Once you're “in” you'll see the LIVE video I recorded at the end of Day 1 of F8, plus a FREE Intro to Social Course, with more great content added all of the time!

Meg Brunson has been marketing to moms for over 7 years. She is the founder and CEO of EIEIO Marketing, a digital marketing agency focused on Facebook Marketing for family-focused businesses.

Meg is also a former Facebook employee with a passion for helping bootstrapped businesses figure out Facebook so that they can promote like the pros! She left the 9-5 in 2017, so that she could be the mom she wanted to be to her 4 young daughters. 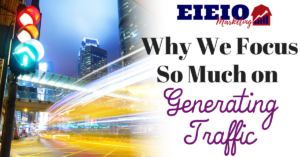 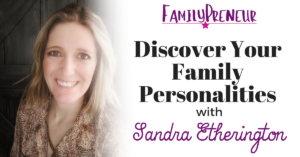 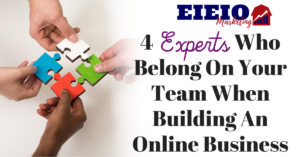